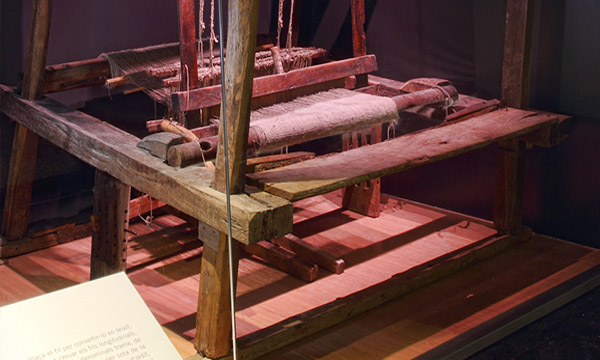 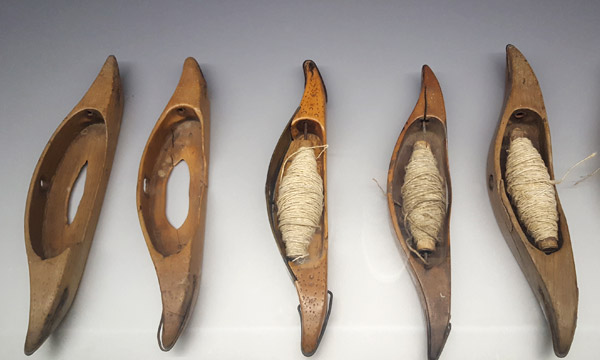 Farms set aside a little bit of land to which special attention was devoted: this particularly well cultivated special plot was the hemp patch. But the care did not end with the crop. Once the plant had been pulled it was subjected to a series of processes forming part of the experience of generations: it was soaked, put out to dry, pulped, spun and woven, using tools such as rebreakers, beaters, winnowers and combs. The result of all the operations followed was a vocabulary as specific as that of the tools, such as canemuixes (woody part of the ), hemp stem espadar (winnow), bri (filament), borra (short fibre waste), bregar (beat), cerro (flock of clean, combed hemp), moixell (piece of hemp ready for spinning)… At the time of the founders of the museum, clothes were no longer made with hemp. They formed part of an obsolete world, of the tasks of ancestral farming folk who were on the way to extinction. And with them also ended the growing of hemp, the tools for working with it, the manipulation techniques and the vocabulary related to it. A whole store of ancestral knowledge that managed to transform a plant into sheets, bedspreads, tablecloths, shirts, socks, bags and cloths. 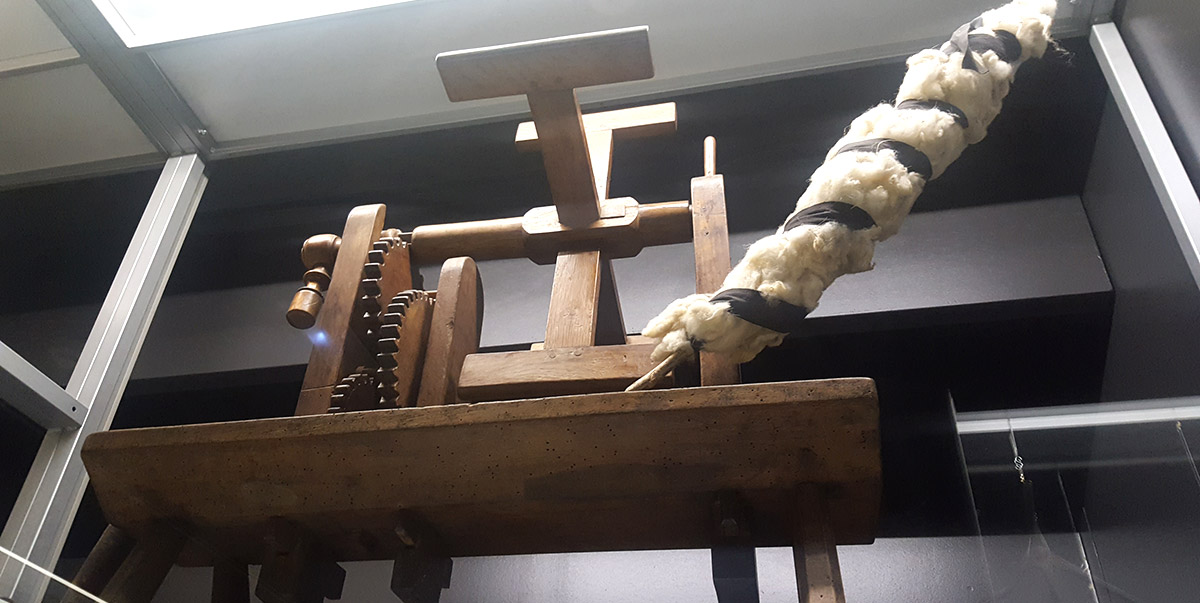 The wool obtained from shearing sheep used for weaving went through the hands of the wool preparers who were in charge of processing it: they selected it, scalded it, washed it, dried it and combed it, as well as often spinning it. They also supplied yarn to the weavers, checked the fabric to remove imperfections and often sold it.

Wool was spun as it was obtained from the sheep’s fleeces, without spindles. The spinner took a piece of wool with one hand and pulled it with the other. When the yarn was long enough, she fixed the head of it to the distaff, and when this was full she took off the spun wool, which had ended up as a skein. She put two or three together of these together, making another head, which she then put back the other way on the distaff to twist it. The yarn, used for knitting or for thick socks for the winter, was then finally prepared.

It was a complex trade, with a powerful guild organisation, a compendium of knowledge of stock-rearing and wool-working which also required the gifts of a trader and skill in establishing commercial networks between the flock owners, the weavers and the market that bought the end product – clothing.