The industry gave great prestige to the county town, thanks to the skill of the craftsmen Ripoll. 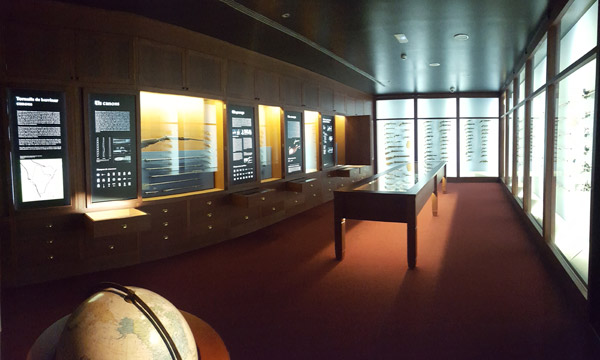 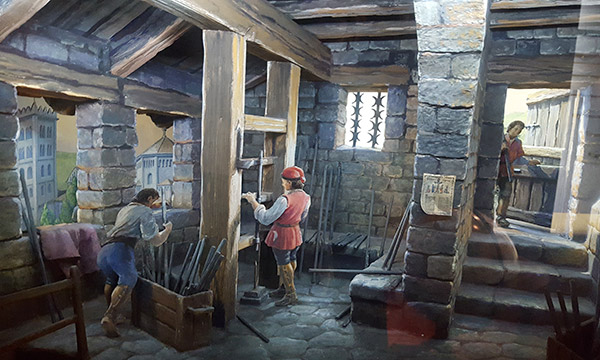 The iron obtained from the medieval forges was turned into agricultural tools, parts for carts, mills and looms, and into keys, grilles and weapons. Later, it was made into crossbows and other wrought iron objects. Alongside this, the manufacture of portable, muzzle-loading firearms had begun, and this continued to increase during the 17th century, reaching maximum production levels in the 18th century before declining and disappearing in the 19th century due to political upheavals and the far-reaching economic and technical changes that then occurred.

The weapons manufactured in the workshops of Ripoll are the product that won the county’s metalworking industry its greatest fame.

Far beyond their functionality, they were the culmination of their creators’ skills, forming a perfect reflection of the very high level of technical knowledge and artistic sensitivity of these craftsmen. Beyond weapons aimed at meeting orders from the armies of the period, they also made unique models for civilian use, created as distinctive, luxury items. They are the tangible representation of the skills and artistic taste of true experts in metalworking (iron, tin and silver) and woodworking, as well as the decoration and precision mechanisms that make up a firearm – the barrel and the lock, which, together with the stock or wooden part, often make these pieces true works of art signed with the punch marks of the remarkable armourers of Ripoll.

The master barrelmakers, lockmakers and stockmakers each worked at their own tasks, but they came together in the demanding Brotherhood of Sant Eloi, which acted as a guarantee ensuring the quality of work, testing weapons before distributing them to the market and also controlling the process of apprenticeship to become a master armourer.