Work in the home 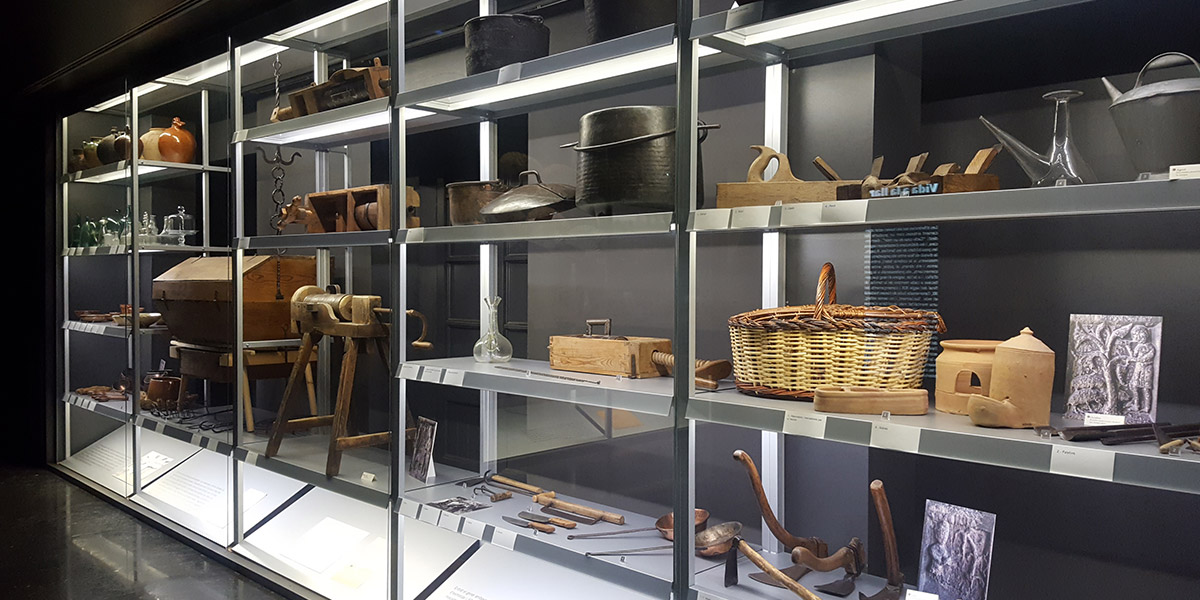 Unlike ordinary urban or rural homes, work in the fields had a natural continuity inside the farmhouses. Some of their inhabitants’ tasks were routine ones, others were imposed by the seasons, and hierarchy within the family imposed the division of labour. On farms, people and animals lived very close together. Men provided food and water for mules and mares and oxen and cows, while doing the milking and cleaning the cowsheds and stables. Meanwhile, the women looked after the small livestock – chickens, geese, ducks or rabbits – collected the eggs, and took everything that could be sold to market. Men went into the forests and returned home with a bundle of wood or chopped up logs, while women kept the fire going, cooked, cleaned, darned clothes, ironed and prepared the slop for the pigs with cabbage, turnips, beet and bran. It was a great deal of work with no days off, although grandparents, youths, fadristerns (the farmer’s unmarried brothers and sisters living in the house) and children also contributed their effort. Throughout the year there were still more additional activities, such as shelling the maize, slaughtering the pig, making soap, mending tools, carts and the house, collecting muck, making dough to bake bread, making candles with beeswax or taking the animals for shoeing.

This was while the girls embroidered or sewed for their bottom drawers or dealt with pedlars, while the owners did the accounts with the farm managers or arranged prices with the butcher.